Pearl City is Filled with History

…Located in a Great Area 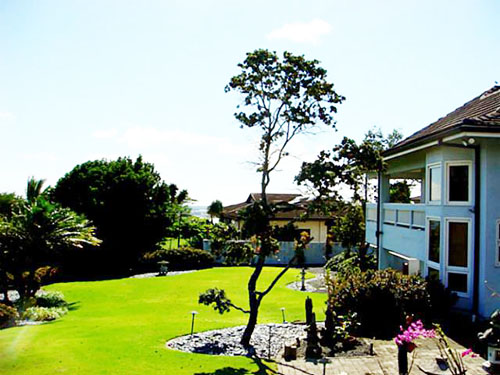 Pearl City is about 11 miles to the west of downtown Honolulu, and falls within the Ewa district of Oahu. Pearl City is located on the southern coast of Oahu, near Aiea and Salt Lake.  It is close enough that commuting to Honolulu is relatively convenient, and since Pearl City is also near Oahu’s “second city”, Kapolei, many residents commute there for work.

You are never far from a beach on Oahu, and beyond the waters of Pearl Harbor right next door, there are plenty of beaches for residents of and visitors to Pearl City to enjoy.  Pearl City does not have any shoreline of its own, but getting to a beach is not difficult.  In fact, Pearl City is pretty centrally located on the island.

…A Place Filled with Terrific Parks

As with the rest of Oahu, Pearl City real estate is a place filled with lush landscapes. Fortunately, Pearl City has many parks that allow people to enjoy nature’s bounty.  Pearl City District Park has basketball courts, tennis courts and a swimming pool. The Waiau District Park hosts a market (People's Open Market) on Tuesdays. Pacific Palisades Community Park is a place where people can play basketball, softball, volleyball, and tennis, and there is a playground for younger children.

…A Good Place to Spend Money on Food and Fashion

The shopping in and around Pearl City offers an abundance of pleasures. There are family run stores in addition to the large Pearlridge Center, which has over 170 restaurants and shops.  Pearl City Shopping Center has larger retailers such as a Foodland Supermarket and a Long’s Drugs, in addition to many smaller retailers and service providers. Pearl Highlands Center bills itself as “Your Shortcut to Shopping” and features a fitness center, food and many retailers.  There are also plenty of places to eat out in the Pearl City area.  Restaurants in Pearl City serve Thai, American, and Japanese cuisines, and there are also steakhouses and fast food outlets.  Although there are a number of “chain” restaurants, there are also plenty of “local joints” also. Either way, there is something to tempt every palate in the Pearl City dining scene.

…A Wonderful Place to Call Home

Even in the middle of an island that is one of the preeminent tourist destinations in the world, people can find a place that feels like a true neighborhood. Pearl City offers many “homey” characteristics that make it easy to live there.  Pearl City is a great place make a home.