Makakilo is an area that is a part of the Ewa plain. It is near the southern end of the Wai?anae mountain range and sits just above the city of Kapolei. Kapolei is sometimes called the second city of Oahu. Makakilo is a mostly residential area. It is on the leeward, or western, side of the island found on the western south side of the island of Oahu. Makakilo literally means “observing eyes”. Makakilo sits at a pretty high elevation (about 400 feet above sea level) as compared to other communities on the Ewa plain, and so it enjoys some cooler temperatures and nice breezes. Furthermore, due to the elevation, there are some terrific views of the ocean to be had. 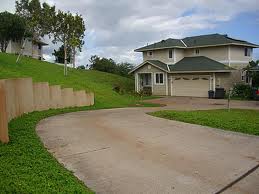 There is a nice variety of housing types to be found in Makakilo real estate. There are $300,000 townhomes in Makakilo, and there are $800,000 single homes there also. According to the Honolulu Board of Realtors’ “Honolulu Housing Market Annual Report”, in 2010, the median price for a detached, single family home in Makakilo was approximately $519,000. There are generally properties that are also available through a yearly lease.

The community of Makakilo is diverse, and there is a certain amount of pride about this. There are office workers and service industry workers, executives and people in the armed forces living in Makakilo City. For those visiting Makakilo, the best bet for accommodations may be a bed and breakfast in the surrounding area. There are also houses for rent by the week for those who want some space to themselves. Additionally, the JW Marriott Ihilani Resort & Spa is close by, as is the new Disney Aulani Resort.

Although it is not on the water, areas close to Makakilo offer a number of recreational activities, including such island favorites as swimming, diving, fishing, hiking, snorkeling, and surfing. Kahe Point Beach Park, or “Electric Beach”, so called due to its proximity to an electric power plant across the street, is a destination for divers and snorkelers.  Some of the other neighborhoods and communities near Makakilo are Ko Olina, Ewa Beach, Maili, Waianae, Aiea, Makaha, and Waialua.

Some notable things near Makakilo are the Hawaiian Waters Adventure Park, the Makakilo Shopping Center, and the Makakilo Neighborhood Center. Makakilo is also very close to Barber’s Point, which was Barber's Point was decommissioned as a Naval Air Station in 1998 but is now operated as Kalaeloa Airport. Fort Barrette, in nearby Kapolei, is now a park and museum that preserve the history of Fort Barrette and the Army Coast Artillery and Army Guard Air Defense history of the area. Fort Barrette was a big part of the island of Oahu's Coast Defense System, which stretched all the way from Fort Ruger at Diamond Head to Fort Barrette.  Fort Barrette at one time supplied the Hawaiian Coast Artillery headquarters at Fort Kamehameha (today's Hickam AFB) via a connection to the Oahu Railway. Many area residents do not even know that Fort Barrette is in their midst, and might be interested to learn that Fort Barrette was attacked on December 7, 1941. During WWII, Fort Barrette had many troop barracks, plus a headquarters, movie theater, parade field, and a stage for USO music variety shows. Later in the Twentieth Century, during the Cold War, Fort Barrette served as a support base for nearby Hawaii National Guard Nike Hercules missile batteries.

Nowadays, Makakilo is a peaceful area, nestled into the hills above the Ewa Plain. There are not as many tourists in Makakilo as there are in many other parts of Oahu. It is a great place that many people have made their home, whether they work nearby or in Honolulu.