The Living is Grand in Hawaii Kai

People move to Oahu for any number of reasons.  What makes them want to find a home in an area such as Hawaii Kai is its beauty and its proximity to both natural sites and downtown Honolulu.  Hawaii Kai lies on the eastern end of the island of Oahu.  It is a beautiful residential area.

The name behind “Hawaii Kai” 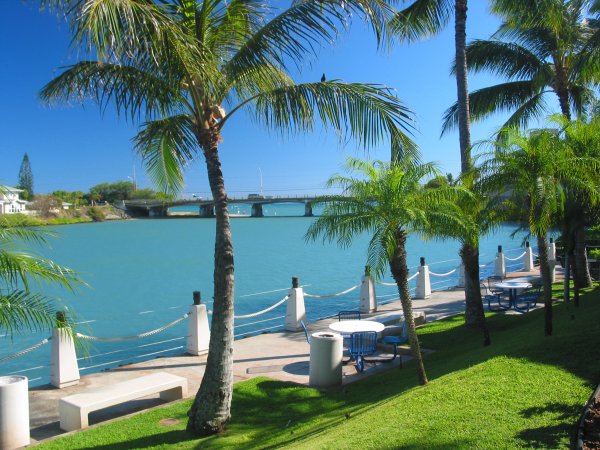 Long ago, Hawaii Kai was the location of numerous “Kuapa” or fishponds. Henry J. Kaiser developed most of the area that is now Hawaii Kai. Kaiser was an American industrialist and ship builder who spent his later years on Oahu. It is interesting that while in the Hawaiian language, "Kai" means ocean, it also corresponds with the first three letters of Mr. Kaiser's last name.

In about 1959, dredging created a bay and resulted in the clearing of the Kuapa pond edges.  This allowed the land to be developed. Now, almost all of the low-lying lands surrounding the marina are built up, and the area stretches up into the hills above the water.  Koko Head lies to the east of Hawaii Kai. Near it is Koko Crater, a massive cinder cone that has the Koko Crater Botanical Garden within it.  To the south of Hawaii Kai is Maunalua Bay.

Where to Look in Hawaii Kai

Hawaii Kai is conveniently close to downtown Honolulu and encompasses a number of different neighborhoods and developments.  Kalama Valley is one community of higher-priced single-family houses. Queen's Gate has only about 150 houses in it, most of which were built in the 1970’s.  Queens Gate is a gated neighborhood, and the houses in it tend to be larger than the average island home.  The community also has tennis courts, racquetball courts and recreational centers.

Mariners Ridge is a Hawaii Kai neighborhood that sits near the ridge of the Koolau Mountains.  The houses in Mariners Ridge are usually about 40 years old.  However, many are completely remodeled and renovated.  Mariners Ridge houses are also typically larger than many other Hawaii properties.   The top of the mountain offers great views of the water, Koko Head and Koko Crater, as do many of the lots.

Hahaione, which means, "shifting sands", is a neighborhood separated into two areas, upper Hahaione and lower Hahaione.  Upper Hahaione has mostly custom-built houses, and offers the best views of the ocean and the mountains while the lower area is mostly newer homes. Then there is Portlock, one of the most exclusive Hawaii Kai real estate areas.  Houses in Portlock tend to be very expensive, and have views of spectacular sunsets, of Diamond Head and of Maunalua Bay.

What to See in Hawaii Kai

For travelers to Hawaii Kai, there are many things to see and do in the area.  Makapu’u Point and Makapuu Beach are nearby.  From there, when the weather is good, the island of Molokai is visible across the water.  Halona Blowhole is another notable place to visit.  The blowhole is a lava tube that allows incoming waves to shoot through the hollow tube up 30 feet into the air.  For golfers, there is Hawaii Kai Golf Course, where every hole offers views of the Pacific. Other area attractions include the Koko Marina Center and plenty of shopping, restaurants, and water sports.