For eons, Kaneohe was a center of island agriculture. In fact, the Mokapu Peninsula was once highly valued for its productive agriculture. Likely, this was in large part due to the abundant rainfall Kaneohe receives, although not all of that Hawaiian sunshine could have hurt, either. These days, Kaneohe is really more of a residential area, and the Mokapu Peninsula off Kaneohe is a U.S. military base.  Kaneohe is one of the biggest windward Oahu residential areas. Kailua, another large residential windward area, is just to the east of Kaneohe. 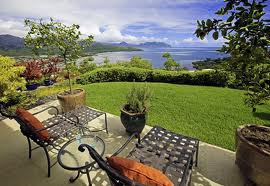 Many communities on Oahu have an interesting legend behind their name. “Kane ohe”, in Hawaiian, means "bamboo man". A name based on the idea of a bamboo man sounds rather quirky and interesting and yet still also appropriately lush and tropical.   However, the story behind the name is less pleasant sounding. An ancient Hawaiian legend tells of a woman with a very mean, cruel husband.  The woman likened her husband's cruelty to the sharp edges of cut bamboo. Thus, the "Bamboo man" behind the name Kaneohe was not a very nice guy. However, the present day community of Kaneohe is very, very nice.

There are plenty of cool things to see in Kaneohe. Even those people who are not true gardeners will enjoy The Hoomaluhia Botanical Garden. There is also the Hawaii State Veterans Cemetery located in Kaneohe. Heeia Kea Boat Harbor is located on the southwestern shore of Kaneohe Bay. The Hawai`i Institute of Marine Biology (HIMB) of the University of Hawai’i is on Coconut Island, which is within Kaneohe Bay.  Coconut Island’s bigger claim to fame may be that it appeared in the opening sequences of the 1960’s T.V. show “Gilligan’s Island”.

There is always something going on in and around Kaneohe. However, one of the biggest regular events is the Kaneohe Bay Air Show. Every two years, the Kaneohe Bay Air Show features an incredible display of airpower.  The show includes appearances by the famed U.S. Navy Flight Demonstration Squadron, the Blue Angels, F/A-18 Hornet fighter jets, and others such as U.S. Air Force’s F-22 Raptor fighter aircraft.

Kaneohe real Estate offers many types of housing opportunities. There are condominiums and townhouses for both sale and rent.  On the other end of the scale, there are multi-acre estates with huge custom-built houses that come up for sale on occasion.  In 2010, the median price for a single home in Kaneohe was $653,000, and for a townhome or condominium, $369,500.