Kailua: The “Other” Part of Oahu

The island of Oahu boasts a wealth of beauty and history, and Kailua is one of its gems.  Kailua is located on the windward, or eastern, side of Oahu.  Kailua Beach is often included on "Worlds Best Beach" lists.  Its beauty is, in a word, stunning.  The waters of Kailua Bay offer not only great swimming, but also the opportunity to wind surf, kayak and snorkel. 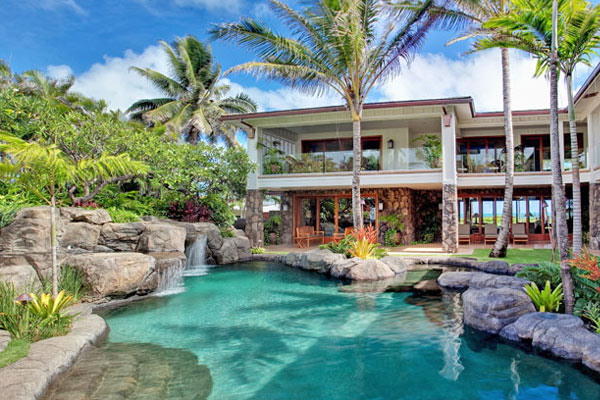 Kailua is located only about twelve miles northeast of Honolulu.  The best route from Honolulu to Kailua is by way of Hawaii Route 61, or the Pali Highway.  Along this spectacular route is the Nuuanu Pali Lookout ("Cool Height Cliff") which offers an unforgettable view of the windward side of Oahu, with gusting winds that literally take your breath away. The present version of the road was completed around 1960.  An older roadway is now only open to hikers. Before the building of the first road over the pass in 1898, getting from Honolulu to Kailua was challenging, requiring either hiking over the Koolau Mountains or sailing around Makapuu Point. The "Old Pali Highway" has a number of ghost stories associated with it. Perhaps this is because much of the “Old Pali Highway” followed ancient Hawaiian footpaths, or because this is where King Kamehameha sent O'ahu warriors to their deaths by pushing them over the steep, forested cliffs of the Koolau Mountain Range.

Kailua is close to the United States Marine Corps Base in Kaneohe.  Many Marines and their families live in Kailua, and a number of Kailua civilians work at the base.  In addition to the many “regular” people who live there, celebrity sightings are not unusual, as the area around Kailua has been used to shoot a number of TV shows and movies. A Kailua property has even served as the “winter White House” for President Barack Obama during Christmas vacations in Kailua.

Kailua has a number of “Bed and Breakfast” establishments as well as vacation homes for rent.  Stores, markets and specialty boutiques abound in Kailua.  Foodies looking to try out local delicacies should make a point to sample some shave ice.  They should also try a “plate lunch”, which typically includes chicken, fish or meat, a couple of scoops of rice and macaroni salad.  Of course, there is also more upscale fare available at some of the finer dining places in Kailua, from European style bistros to Thai cuisine.  For snacks, sandwiches and coffee, there is the Kalapawai Market, a staple in Kailua since 1932.

Beyond Kailua’s beaches, there is Mount Olomana.  Ascending Mount Olomana, with its three peaks, is a great experience for hikers.  Other hiking opportunities include Ka Iwi Ridge behind Lanikai, a short but steep trek that rewards hikers with great views of the Mokolua Islands and Koolua Mountains from among “Pillbox” observation posts built between World Wars I and II as a part of island defenses.  For cyclists, there are miles and miles of bike paths to enjoy.

For visitors and residents alike, Kailua offers an idyllic lifestyle, one to savor for a week, a year or a lifetime.