The History Behind Waipahu

What used to be a sugar plantation is now the town of Waipahu, located in the ?Ewa District on the island of Oahu. The sugar plantation began production in the late 1800’s in what was a very remote and rural area at the time.  Workers on the plantation came from all over the world, including the Philippines, Norway, China, Portugal, Japan, Spain and Puerto Rico. Out of the community that worked at the sugar plantation arose what is now Waipahu.  Sugar plantation operations ceased in 1995. However, over twenty years prior to that, the City of Honolulu and the State of Hawaii purchased land near the sugar mill which eventually developed into the Hawaii Plantation Village, which is a “living history” museum. Waipahu’s more recent history includes it being home to champions of the 2008 Little League World Series.

What’s in a Name?

Like so many other Hawaiian place names, Waipahu’s name derives from a reference to water. In Hawaiian, Waipahu comes from the words for water, “wai” and “pah?”, which means to "burst or gush forth". The spring waters that gushed forth at Waipahu were a draw to native islanders long before settlers came to Oahu. 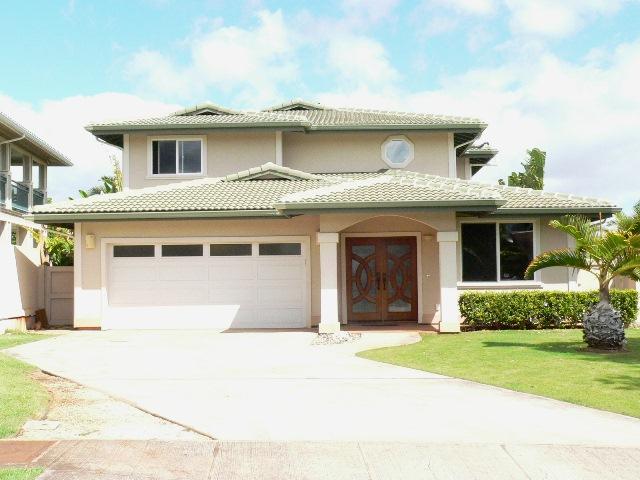 These days, there are plenty of things to do in Waipahu. Several shopping centers are all located Waipahu's main street. In season, baseball fans can visit L'Orange Park, the home field of the Sea Warriors of Hawaii Pacific University's men's baseball team and perhaps catch a ball game or two. L’Orange Park was built around 1924 as a ballpark for workers at the sugar plantation. Waipahu has a golf course, the Waikele Golf Club, which is a par 72 eighteen-hole course, so golfers can enjoys themselves without having to travel far.

Waipahu is not very far away from Pearl Harbor and many other Oahu landmarks. After the sugar mill shut down, Waipahu became a place where many of its residents commuted to other places for work.  Many people work in the tourist industry. Some of the largest resorts on Oahu are close to Waipahu, including JW Marriott Ihilani Resort & Spa in Ko Olina, the Disney Aulani Resort & Spa in Ko Olina, and the Ko Olina Beach Villas Resort.

Waipahu real estate is not the wealthiest area on Oahu, but it does have a rich cultural heritage. Median house prices in 2010 were slightly over $500,000 in 2010 for single-family detached properties. For townhomes and condominiums, the median price was in the upper $260,000’s. However, a quick glance at property listings for Waipahu shows that there are a number of properties available at auction, which means that potential buyers may have the opportunity to purchase a home in Waipahu for a relatively low price. On the other end of the scale, there are some striking single-family homes that sell for over $750,000 but that offer spectacular water and mountain views in addition to plenty of living space. For many, the community of Waipahu is a pleasant, welcoming, culturally active and history-laden place to make a great home.